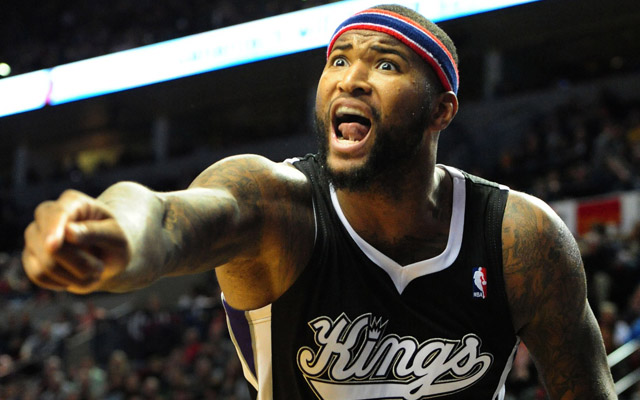 In an attempt to get myself and others hyped about the 2016–17 NBA season, I brainstormed several different preview ideas. Many outlets are doing team previews, but this is a player’s game, damnit. Why not take my favorite and/or most interesting player from each team and write a l’il somethin’ somethin’? I decided to write them in order of my projected finish for that team.

Two elite Kentucky players in a row appearing at the bottom of this 30-team list? Say it ain’t so! DeMarcus Cousins is a talented, idiosyncratic bright spot stuck in the doldrums of Sacramento.

This video is a perfect illustration of why we love Boogie. He took his bad rep with officials and made light of it. I commend him for finding a way to laugh despite being held hostage in a comically horrible organization.

For his entire career, the Kings have been a debilitating anchor to his progress. Under-qualified or overly-ornery coaches and poor draft choices could suck the life out of any good player. It’s no wonder why Cousins acts so cranky on the court.

From a basketball standpoint, he’s an offensively dominant big man who’s starting to develop a face-up game out to the three-point line (he shot a respectable 33% from downtown last year). Imagine if you surrounded him with actual talent!

Part of me wanted to rank the Kings lower because a) their guard rotation is a shit show, and b) it’s not out of the question for Sacramento to trade him.

For now, Cousins keeps the Kings on the lower end of respectability… though they’re hanging there by a thread.